If Champagne were a person, it’d be Derek Blasberg. He’s the effervescent, gregarious best selling author — and the recently appointed Head of Fashion and Beauty at YouTube — who we’ve come to count on being at all of our favorite parties. So, who better than the man The Times dubbed “the Truman Capote of his generation” to design some cheeky birthday cards and invitations for us? Here are Derek’s tips on how to achieve the perfectly enviable mix of spontaneous and stylish fun for your birthday party.

Your birthday is coming up. Do you host a party or drop hints for a friend to fête you?

When it comes to my birthday, I vacillate wildly between wanting to throw myself a big party and wanting to skip the whole thing. Last year, I was wobbling on whether or not to do something until days before and ended up just inviting some friends over to my house for pizza. It was casual and fun, but secretly I wish I had planned ahead and organized goodie bags or Polaroid cameras or T-shirts with my face on them. I’ve always prided myself on being a little extra with these things. Has anyone ever thrown you a surprise party?

Once. Sort of. When my 26th birthday was coming up, I discovered a few friends were planning a party for me–but instead of doing what most people would do, which is play dumb and give their best Oscar-worthy performance of surprise when they walk into the party, I became a backstage birthday bridezilla and micromanaged everything. I chose the date, venue, and my arrival time. I approved the menu and went over the guest list. When I arrived at this party the crowd let out a lame, half-assed “surprise!” because the jig was up and everyone knew there wasn’t anything surprising about it. What are some party themes you’re into at the moment?

Last year, a theme I got behind was “pizza and caviar,” because it’s both cheap and decadent, which feels sort of right for the times, doesn’t it? Something else I’m into: singalongs. Last Christmas, some friends and I took over Marie’s Crisis, the gay piano bar in the West Village where the only music is a live pianist who leads Broadway singalongs. I have a terrible voice, but that didn’t stop me from belting out the entire score of Cabaret. 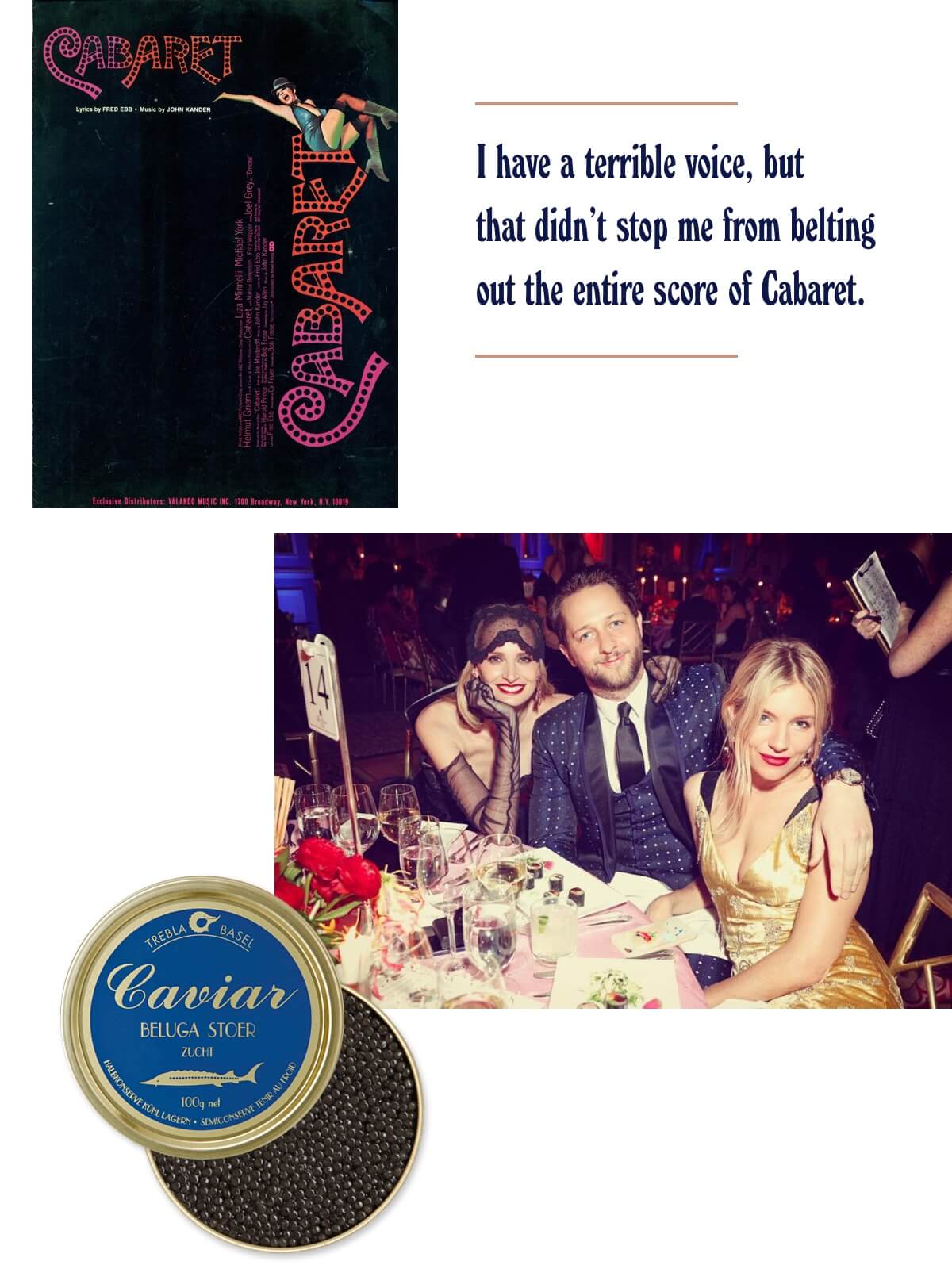 How do you convince someone who wants to Netflix and chill to come out?

The trick to having a good party is making sure everyone wants to be there. I will say, though, some people like to hem and haw about going out because they crave the coaxing, which I’m happy to provide. You know who you are.

How do you celebrate shy friends’ birthdays?

Find a hook. Do they have a favorite restaurant? A favorite pizza spot? Hobbies? Remember: Not every party needs to be a drunken rager. A few years ago, I had a friend who had recently gotten sober and the idea of a big party was off the table. We organized a party bus to Six Flags for the day and it was incredible. “Cheers to All That” by Derek Blasberg

Do you do a birthday toast or roast?

A really good speech should be both! But a roast is only good if it’s funny, and if there’s any doubt, don’t do it. I once went to a friend’s birthday party and someone made a speech that opened with a joke about the birthday girl’s first words being “trust fund,” which went down like a lead balloon. That said, I also hate a sappy speech at a birthday or wedding. It’s a fine line.

Do you have any toasting tips?

First, be prepared. Even Seinfeld works out his material before he does stand-up, and chances are whoever is making the speech is no Seinfeld. Secondly, keep it simple. Here’s my formula: warm welcome, one or two personal and amusing anecdotes, a pun or joke, and wrap it up with a heartfelt salutation. And oh, always remember no one has ever said someone’s speech was too short.

I support them at the right times and the right places.

How do you know when the time and place is right?

It’s just a feeling. When my uncle passed away, a distant relative asked for a group selfie at the wake. That’s an example of the wrong time and the wrong place. But I take lots of pictures, both selfies and otherwise, because I’m documenting what I hope to be cherished memories. Have you noticed anything different about your friends as you’ve gotten older?

You can’t make old friends. That’s something I didn’t realize until I was older because I moved to New York alone and had to make all new friends when I got here. Eighteen years later, we could never fake that kind of history. We have inside jokes and favorite spots, and they have kids I love to spoil. I know we’re all supposed to think getting older is bad and that young people have more fun, but I love my life now, partly because it’s built on the foundation of such long, rewarding friendships.

If there’s one takeaway from our chat, it’s that you don’t need to plan a Black & White ball to have a successful birthday party. Surround yourself with good people and don’t underestimate the infectious power of good vibes.

Some friends are just better on text than email. For them, use Flyer invitations. Or, use our sophisticated RSVP tools on our classic birthday invitations to keep track of who is coming and who is going to have FOMO.