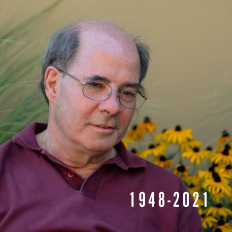 A Celebration of Life will be held at Denver University on July 14th, 2022 at 6pm. Please RSVP A memorial mass will follow at Church of the Risen Christ on July 15th, 2022 at 10 am. No RSVP needed

We are looking forward to seeing many of you this Thursday and/or Friday. A few additional details.

On Thursday we will celebrate Tom at the DU Richie Center in the Gottesfeld Room.  We have reserved Parking Lot C for you on Thursday evening. The gate arms
raised and will have a parking attendant at the gate. A parking map can be found here:   https://www.du.edu/sites/default/files/2022-04/parking-map.pdf

Please enter through the lower North entrance, which is located next to the front circle of the building (located in between lots 311 on the map). This is also where ADA drop-off can be. Guests will need to take the elevator from the lobby to the second floor. Once on the second floor, we will have signage inside the concourse pointing to the elevator that gets you up to the Gottesfeld room on the fourth floor.

Clothing attire is casual and celebratory. We will invite people to share any stories they want either orally or written and we will have a table of Tom's memorabilia and all of his unique characteristics if you choose to add anything.

On Friday, there will be a mass at the Church of the Risen Christ at 10 am with coffee and Dad's favorite donuts to follow.

Thomas Braun was born in Minneapolis, Minnesota, the first of 7 children born to Florence K. and Walter Braun. After spending his first 12 years in St. Paul, MN, his family uprooted to Colorado Springs, because of Tom's severe asthma. His health improved in Colorado and he graduated from Wasson High School in 1966. Tom was then recruited to play ice hockey for the University of Pennsylvania where he was the first in his family to graduate from college in 1970. Driving home with a degree from Wharton, he changed his mind about pursuing a graduate degree in economics and decided to go into medicine after having spent part of his senior year in the Penn infirmary with asthma. The next year he lived with his family and took all of his premed courses at the University of Colorado while working full time as a programmer at Hewlett-Packard. In 1971, he enrolled in the University of Colorado Medical School where he met and then married his anatomy classmate, Carol Bartlett in 1973. Carol and Tom graduated with their MD degrees in 1975. Tom did his residency in Internal Medicine at CU. The Brauns then moved to New York City where he completed his fellowship in Oncology and Hematology in 1982 at Memorial Sloan Kettering-right after the birth of their 3rd child. They immediately returned to Colorado where he began his career on the CU faculty working at the Denver VA Hospital until he retired in 2014 after 32 years. As the son and nephew of blue collar WWII veterans, Tom had an affinity for treating patients with challenging complex medical problems at the VA. He also loved teaching medical students, residents and fellows.

Tom was always curious and eager to learn the basic biology of his field, regularly attending national and local conferences in oncology and hematology for the rest of his life. In 2020, during the Covid pandemic, he reactivated his medical license and volunteered to do VA oncology consults until he began treatment for bladder cancer and metastatic pancreatic cancer at the end of April 2021.

Tom was devoted to his wife, children and younger siblings as well as his large extended family in Minnesota who loved to laugh. He loved caring for little kids. He was always fascinated by genealogy and stories of his many immigrant ancestors who were farmers. From cradle to grave, Tom loved all things HOCKEY at all levels of the game; he was a faithful DU hockey fan for nearly 50 years and he refereed hockey until the 2020 pandemic. He also enjoyed extensive backpacking with his family throughout the west, and in later years, he did solo backpacking in the Wind River Mountains and in Yellowstone. In retirement, he enjoyed several road trips with his father-in-law, Al Bartlett from Boulder.

Tom was preceded in death by his parents, his sister Linda Rhea and his daughter, Mary Leah Braun. He is survived by his wife Carol, his daughter Anne Zink MD (Traverse) of Palmer, Alaska, his son Chet Braun (Amy) from Norwell, Massachusetts as well as his siblings, Larry (Marge), Bob (Madeleine), David (Joan), Patty (Chris Schneck) and John (Stephanie) Braun. He is also survived by 5 lovely granddaughters - Isabelle and Lily Zink and Ruby, Stella and Julia Braun. He has 13 nieces and nephews who he loved to teach and tease.